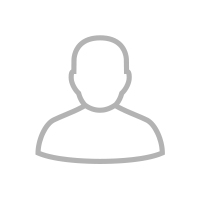 Roman Brytan embodies the best that Ukrainian creative talent has to offer – from music and cultural celebration as host and producer on radio’s daily Ukrainian program in Edmonton, to conceptualizing major arts festivals and cultural programs, Roman has made it his focus to promote, encourage and grow Ukrainian culture and the arts in Canada.

Roman’s involvement in the Ukrainian community has been a life-long commitment. From his earlier years in CYM where he held leadership roles including National President, Roman’s passion for Ukrainian culture ultimately became his focus.

As founding President of the Verkhovyna Ensemble, his vision expanded the women’s choir into a mixed choir which joined with the Dunai Dancers to create a performing troupe. Now in existence for 28 years, the ensemble performs regularly.

In the 1980’s, Roman had a vision for a major Ukrainian arts festival to celebrate 100 years of Ukrainian settlement in Canada. Thus Festival ’88 – a four-day arts and cultural extravaganza in 7 Edmonton and area performance venues with a budget of $1,000,000 – became reality. As the festival’s Executive Director, Roman’s vision culminated in what has been one of our community’s most sophisticated artistic endeavours. The world’s largest hopak, still on Youtube today, Ukrainian music awards, concerts, galas, art displays and more filled the City of Edmonton for 4 days.

A legacy of this event was the establishment of the Alberta Council for the Ukrainian Arts, the only such organization in Canada with a mandate to facilitate and encourage greater appreciation and awareness of the Ukrainian arts and their cultural significance to the greater Alberta community. As ACUA’s inaugural Executive Director, Roman set the organization on a solid path of development and today it is one of the premiere arts organizations in Alberta.

During this time, multicultural radio broadcasting was beginning in Edmonton. Acting on an opportunity when the Ukrainian host spot opened up in 1982, Roman was immediately seen as an exceptional communicator. He developed the unique format for ‘Radiozhurnal’ where he incorporates Ukrainian, international and local news with a strong focus on local artists – always looking for a way to help young artists get a good start.

Roman also responded to the need for a bilingual show, and as a result attracted an even wider audience. Along with other hosts of Ukrainian programs in Canada, Roman began exchanging materials, reports and sources, even before the internet. Once internet became reality, Roman, along with Paulette McQuarry in Vancouver, created the Ukrainian Canadian Broadcasters Yahoo group. He guided the creation of a weekly Ukrainian program at the University of Calgary and before station changes, simulcast the Ukrainian program in Edmonton and Calgary, never done before.

Roman continues to contribute towards entrenching multicultural broadcasting in our mainstream fabric, and attempts to ‘un-ghettoize’ ethnic programming to create a broader awareness of ethnic communities. As Program Director of World FM Radio (a Rogers station) in Edmonton, Roman strives to create opportunities for all ethnic programs through other mainstream radio, for the benefit of all.