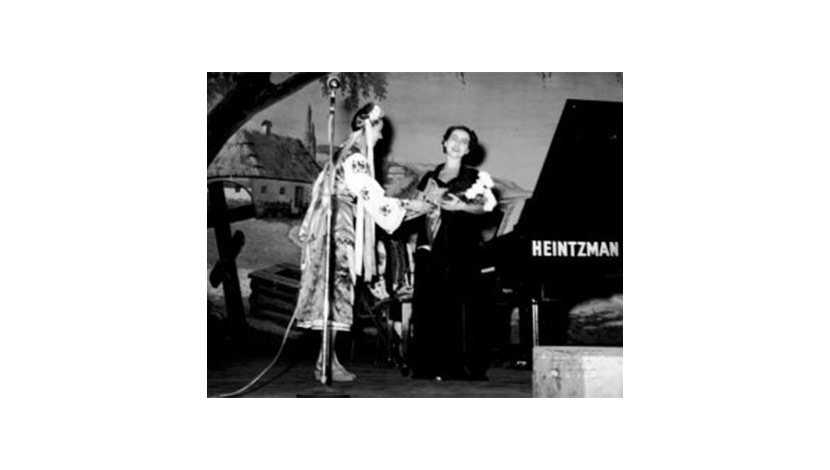 We would like to thank the family of Irena Budniuk (Kowbuz) for honoring their mother’s wish to bequeath her beloved grand piano to the UCC community. Irena’s wish was to donate her most cherished possession as a thank you to the Ukrainian community for being her audience, students, and promoters.  She was very proud of her heritage and in particular was very fond of Ukrainian folk music. Irena was born in Saskatoon and was exposed from a young age to Ukrainian music.  When she was 15, she received a full scholarship from the Royal College of Music in London, England.  Upon returning from her studies she was offered a concert tour sponsored by the Saskatoon Ukrainian Community. This gesture made a huge impact on her. It was then that she promised herself that she would never forget her heritage and the reason she loved music.  Throughout her career as a teacher, performer and music writer she always promoted Ukrainian music and culture. Irena also wrote a wealth of piano teaching material and voice/singing instruction book based on Ukrainian folk music. Today Irena’s piano found its home at the Ukrainian National Federation of Canada. The UCC-National has entrusted Vesnivka Choir with ongoing care, use and maintenance of the instrument and just as Irena envisioned.