1. Russian Invasion of Ukraine
Ukraine’s Ministry of Defence reported that during the week of January 18-24, one Ukrainian soldier was killed and six Ukrainian soldiers were wounded in action on the eastern front. Throughout the week, Russian-terrorist forces opened fire 57 times on Ukrainian positions on the Luhansk and Donetsk sectors of the front. Ukraine’s Joint Forces Operation headquarters reported that returning fire, Ukrainian forces killed 14 and wounded 7 enemy combatants in the last week.
2. Yanukovych found guilty of treason, sentenced to 13 years in prison
The Associated Press reported on January 23, “A court in the Ukrainian capital of Kyiv on Thursday found former president Viktor Yanukovych guilty of treason and helping Russia annex Crimea.
The court began reading out the verdict in Yanukovych’s case, a process that is expected to take at least the whole day. The judge already declared Yanukovych guilty of treason and premeditated actions to alter the country’s borders, and will rule later on the other charges.
Yanukovych fled Ukraine in 2014 as tensions in Kyiv flared up following a deadly police crackdown on protesters calling for the president to follow through with an association agreement with the European Union. Yanukovych eventually surfaced in Russia and was tried in absentia.
The Kremlin has used a request by Yanukovych as one of the legal grounds to seize Crimea and later formally annex the peninsula. At a United Nations Security Council session on March 1, 2014, a Russian envoy had read out a request by Yanukovych to send Russian troops to Ukraine. […] Prosecutors have asked the court to sentence Yanukovych to 15 years in prison.” Yanukovych was sentenced to 13 years in prison.
3. Ukraine, Israel sign Free Trade Agreement
Ukraine’s Presidential Administration reported on January 21, “In the framework of the official visit of President of Ukraine Petro Poroshenko to the State of Israel, the Free Trade Agreement was signed between the Cabinet of Ministers of Ukraine and the Government of the State of Israel.
The signing ceremony took place after the bilateral meeting of the Head of State with Prime Minister of the State of Israel Benjamin Netanyahu.
The document was signed by the First Vice Prime Minister of Ukraine – Minister of Economic Development and Trade of Ukraine Stepan Kubiv and acting Minister of the Economy and Industry of the State of Israel Eli Cohen.
The purpose of the Agreement is to create the legal basis for the liberalization of the markets for industrial and agricultural products of the parties.
The Agreement will promote the development of bilateral trade and economic cooperation between the countries, allow domestic producers to benefit from the liberalization of the goods market of the State of Israel, open up opportunities for both expansion of markets and development and modernization of production of the Ukrainian business.”
4. Ukraine, Israel to develop cooperation in security and defense

Ukrinform reported on January 23, “A memorandum of cooperation between Ukraine’s State Concern Ukroboronprom and Elbit Systems Ltd, an Israel-based international company for the development and modernization of various types of weapons, was signed in Israel, the Defense Ministry of Ukraine has reported.
Ukrainian Defense Minister Stepan Poltorak having got acquainted with advanced defense technologies from Elbit Systems expressed interest in deepening cooperation with the Israeli company.
‘As a result of the meeting, the memorandum of cooperation between Ukroboronprom and Elbit Systems Ltd was signed. The document defines further development of joint projects in the following areas: communications, surveillance and reconnaissance systems for the Ground and Air Forces, air rescue equipment, radar stations, equipment for port protection, modernization of armored vehicles,’ the report says.
The memorandum provides that the implementation of further projects will be carried out using mechanisms for the exchange of technologies and practical experience in the use of new weapons.
During the meeting, the parties also noted that the memorandum was a real breakthrough in the relationship between the defense agencies of the partner countries.
The Ukrainian delegation included the representatives of the National Security and Defense Council, the Defense Ministry, the State Concern Ukroboronprom and the State Enterprise SpetsTechnoExport.”
5. Ukraine, Australia, Belgium, Malaysia, Netherlands sign Memorandum on financing prosecution of MH17 perpetrators
Ukraine, Australia, Belgium, Malaysia and the Netherlands signed a Memorandum of understanding regarding financial support for prosecuting the perpetrators on the downing of Flight MH17 in July 2014. The Memorandum states, “The Signatories arrange to jointly finance the proceedings connected with the prosecution in the Netherlands of those suspected of downing flight MH17 in light of the international nature of the tragedy and the goal of capturing the harm done to all victims and making the legal proceedings as accessible as possible to all next of kin of the victims.”
In May, 2018, the international Joint Investigation Team (JIT) into the downing MH-17 concluded that “the Buk-TELAR that shot down MH17 came from the 53rd Antiaircraft Missile Brigade based in Kursk in Russia. […] The 53rd Brigade is part of Russia’s armed forces.'”
6. Resolution introduced in US Senate urging strong response to Russian aggression in Ukraine 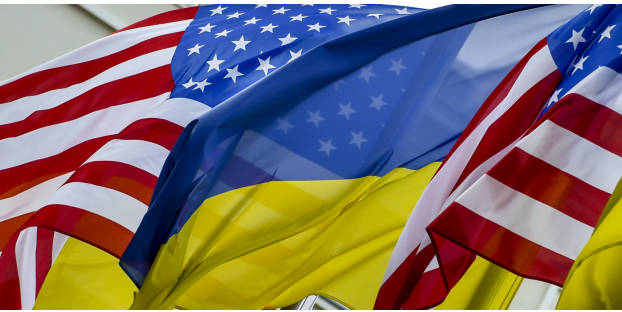 On January 24, US Senators Ron Johnson (R-Wis), Richard Durbin (D-Ill) and 62 US Senate colleagues introduced a resolution that calls “for a prompt multinational freedom of navigation operation in the Black Sea and the cancellation of the Nord Stream 2 pipeline in response to Russia’s aggressive actions in the Kerch Strait and the Sea of Azov.”
US Senator James Inhofe (R-Okla), chairman of the Senate Armed Services Committee, stated, “Ukraine is the front line of Vladimir Putin’s struggle against the free world. Just two months ago, Russia’s attack on Ukrainian ships near the Kerch Strait marked a dangerous escalation of that conflict. Yet to date, Russia has paid no price for its aggression. We must respond urgently and with strength to prevent further aggression by providing additional lethal aid to Ukraine, especially to improve its maritime capabilities, and, working with our NATO allies, maintain and enhance our presence in the Black Sea. Ukraine has never asked Americans or Europeans to do their fighting for them; they have asked only that we give them the tools they need to defend themselves and their country. Ukrainians need and deserve our help.”
The full text of the resolution is available here
7. Statement by IMF Managing Director following meetings with President of Ukraine
International Monetary Fund (IMF) Managing Director met with Ukraine’s President Petro Poroshenko on January 23. Following the meeting, Lagarde issued the following statement, “I had a good and constructive meeting with President Poroshenko and his team, during which we discussed recent economic developments and prospects for Ukraine, as well as the implementation of the measures under the Stand-By Arrangement approved by the IMF Executive Board on December 18, 2018.
I reiterated that the IMF stands ready to continue to support Ukraine, along with other international partners, in its reform efforts under President Poroshenko’s leadership. I also highlighted the urgency for Ukraine to accelerate reforms and transition to stronger growth, which is needed to improve people’s living standards in a sustainable manner.”
8. EBRD supports largest windfarm in Ukraine
The European Bank for Reconstruction and Development (EBRD) stated on January 24, “The EBRD is supporting energy security and reduced pollution in Ukraine by arranging a syndicated loan of €150 million loan for the construction of a 250 MW windfarm in the Kherson region of southern Ukraine.
The loan will be extended to the local developer SyvashEnergoProm LLC, co-owned by renewable energy groups Total Eren of France and NBT of Norway, for the construction of the initial 133 MW phase.  The farm is expected to begin power generation by the end of 2019. […]
Once the project is fully commissioned, it is expected to reduce CO2 emissions by 470,000 tonnes annually, and to produce over 850,000 MWh of renewable energy each year – enough to provide power to the Ukrainian municipality of Rivne, which has approximately 100,000 households.
The wind farm is the latest investment under the EBRD’s €250 million Ukraine Sustainable Energy Lending Facility III (USELF III) framework approved by the Bank in July 2018. USELF III builds on two previous programmes co-financed by the EBRD and the Clean Technology Fund, which yielded 13 renewable energy projects in Ukraine with an aggregate installed capacity of 151 MW.
Speaking at the signing ceremony in Davos yesterday, EBRD President Suma Chakrabarti said, ‘We are delighted to be supporting the two world class developers who will build Ukraine’s largest windfarm.  This shows that Ukraine’s commitment to carry out energy sector reforms is increasing the investor confidence needed to achieve the country’s energy transition. This project is good news for Ukraine, investors and for the planet.'”
0 Likes