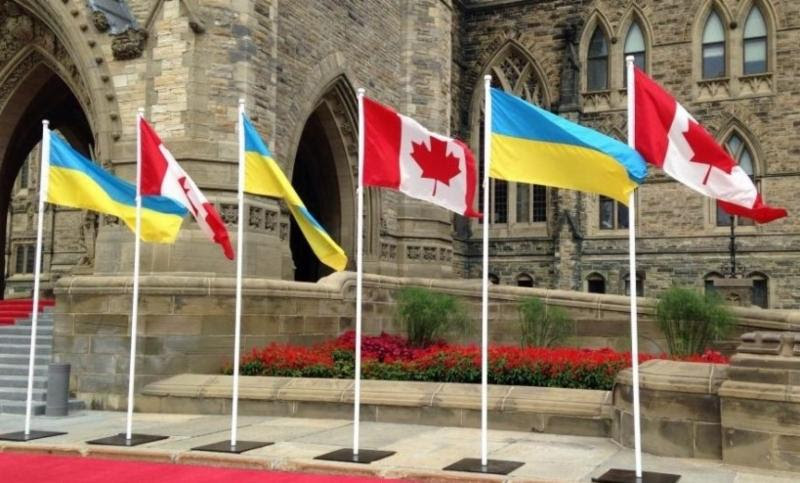 On March 20, Canada’s Members of Parliament held a take-note debate on the extension of Operation UNIFIER, Canada’s military training mission in Ukraine. On March 6, the Government of Canada announced that Operation UNIFIER is extended until the end of March, 2019. A full transcript of the debate can be accessed athttp://www.parl.gc.ca/HousePublications/Publication.aspx?Pub=hansard&Language=E&Mode=1&Parl=42&Ses=1&DocId=8832958&File=0
3. NATO Supreme Commander: Russia seeking to undermine international system 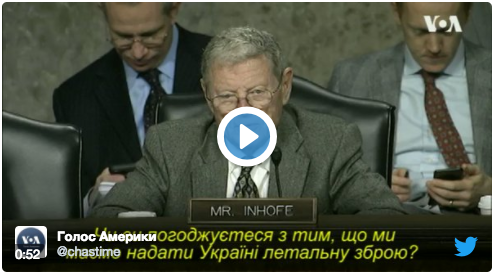 For video of General Scaparotti testimony on providing
lethal weapons to Ukraine, please click on above image
On March 23, US General Curtis Scaparrotti, Commander, US European Command and Supreme Allied Commander Europe testified at the US Senate Armed Services Committee. General Scaparotti stated, “In the East, a resurgent Russia has turned from partner to antagonist. Countries along Russia’s periphery, especially Ukraine and Georgia, are under threat from Moscow’s malign influence and military aggression. […] Russia’s malign actions are supported by its diplomatic, information, economic, and military initiatives. Moscow intends to reemerge as a global power, and views international norms such as the rule of law, democracy, and human rights as components of a system designed to suppress it. Therefore, Russia seeks to undermine this international system and discredit those in the West who have created it. For example, Russia is taking steps to influence the internal politics of European countries just as it tried to do in the United States in an attempt to create disunity. […]Russia’s aggression in Ukraine, including occupation and attempted annexation of Crimea, and actions in Syria underscore its willingness to use military force to exert its influence in Europe and the Middle East. In Ukraine, Russia’s willingness to foment a bloody conflict into its third year through the use of proxy forces in the Donbas, and elsewhere, is deeply troubling to our allies and partners, particularly Russia’s closest neighbors […] Recently in eastern Ukraine, Russia controls the battle tempo, again ratcheting up the number of daily violations of the cease fire and — even more concerning — directing combined Russian-separatist forces to target civilian infrastructure and threaten and intimidate OSCE monitors in order to turn up the pressure on Ukraine.[…] Ukraine seeks a permanent and verifiable ceasefire, the withdrawal of heavy weapons and Russian forces, full and unfettered access for OSCE monitors, and control over its internationally-recognized border with Russia. […] Together with forces from Lithuania, Latvia, Estonia, the UK, and Canada using State Department-provided Foreign Military Financing and Ukraine Security Assistance Initiative funds, EUCOM trains, advises, and equips Ukraine security forces, helping them build the capacity to defend their sovereignty and territorial integrity. Our team, working through the Multinational Joint Commission, has developed Ukraine’s institutional training capability so that Ukraine can create a NATO-interoperable armed force. Our efforts include the training of both conventional and special operations units, as well as advising Ukraine on defense reform priorities. […] This is a pivotal time for EUCOM as we transition to meet the demands of a dynamic security environment. I remain confident that through the strength of our Alliance and partnerships, and with the professionalism of our service members, we will adapt and ensure that Europe remains whole, free and at peace.” The full testimony is available athttps://www.armed-services.senate.gov/hearings/17-03-23-united-states-european-command
4. Ukraine’s President: Murder of former Russian lawmaker is act of state terrorism by Russia
Former Russian Duma member Denys Voronenkov, who fled Russia to Ukraine and was one of the witnesses in Ukraine’s investigation of former President Viktor Yanukovych, was shot and killed in Kyiv on March 23. Ukraine’s President Petro Poroshenko stated, “Insidious murder of Denys Voronenkov in the center of Kyiv is an act of state terrorism by Russia, which he had to flee for political reasons. It is an obvious handwriting of Russian special services that has been repeatedly demonstrated in various European capitals […]Voronenkov was one of the main witnesses of Russian military aggression against Ukraine, particularly of the role of Yanukovych in sending Russian troops to our country. I believe it is not a coincidence that the murder took place on the same day with the sabotage in Balakliia, Kharkiv region.”
5. McCain: Assassination of Voronenkov was brazen act of Russian state terrorism
On March 23, US Senator John McCain stated, “”Today, in yet another brazen act of Russian state terrorism, former Russia parliamentarian Denis Voronenkov was assassinated in broad daylight on the streets of Kyiv. This horrific crime marks the continuation of a campaign of KGB-style brutality designed to intimidate anyone who dares to oppose the tyranny of Vladimir Putin. Denis Voronenkov spoke out against Putin’s reign of terror and his illegal invasion of Ukraine and annexation of Crimea. He was also assisting Ukrainian prosecutors with the treason case against former Ukrainian president and Putin stooge, Viktor Yanukovych. Sadly, Denis Voronenkov has joined others like Sergei Magnitsky and Boris Nemtsov who have paid with their lives for speaking the truth, for in Putin’s Russia, there is no greater crime.”

6. USA on Russia’s ongoing violations of international law and defiance of OSCE principles
Speaking at the OSCE Permanent Council, US Charge d’Affaires Kate M. Byrnes stated, “Russian aggression in eastern Ukraine continues to cost lives every day. More than a million people remain displaced by fighting. The humanitarian crisis has worsened, as shelling periodically cuts off water and power to people living in the Donbas. […] In Crimea, Russia continues to silence civil society and independent media. Members of minorities, especially Crimean Tatars and ethnic Ukrainians, and those who oppose the occupation, continue to face harassment and political prosecution. The UN Human Rights Monitoring Mission’s latest report states that occupation authorities ‘extract confessions through torture and ill-treatment’ and employ punitive psychiatric treatment against members of these groups. The show trial against independent journalist Mykola Semena is an example of the lengths to which Russia will go to stifle those who speak out against its occupation of Crimea and the repression of the ability of individuals to exercise their rights. We appeal once again for Russia to drop all charges and release Mr. Semena, and all other Ukrainians held by Russia for political reasons. The United States affirms its staunch support for Ukraine’s sovereignty, independence, and territorial integrity within its internationally-recognized borders. Crimea-related sanctions on Russia will remain in place until Russia returns full control of the peninsula to Ukraine. We join our European and other partners in restating that our sanctions against Russia for its aggression in eastern Ukraine will remain until Russia fully implements its commitments in the Minsk agreements. Russia’s actions in Ukraine are in contravention of international law, the Helsinki Final Act, and Russia’s ensuing OSCE commitments.”
0 Likes